The world’s predictable, in ways,
And so it came as no surprise —
She meant to tell a form of truth
But ended with a hail

The fact that people lie all the time doesn’t really bother me. In fact, it’s one of the more endearing qualities human beings have.

Small children lie almost reflexively; years ago, I described this phenomenon with the words, “It isn’t really lying. I think of it more as ‘creating new truth where there was no truth before.’”

And, of course, small kids aren’t really lying: they don’t even get the concept of what a lie is. That’s why you can ask them questions like, “What did you do at pre-school today?” And get answers like “We flew an airplane into some dinosaurs,” which, once you think about it for minute, seems unlikely.

I think lying coming so easily to us as children is a key to what communication is, at heart: it’s not about conveying information, it’s about us trying to get what we want. To children, and, frankly, many adults, lying can’t be a bad thing if it results in them getting what they want.

Have you ever been lied to, Owen? In a relationship? A marriage? Huh? Well if you had, you wouldn’t be so cavalier about it!

Well, first of all, Mister Smarty-Voice, I have been lied to, in a relationship and in a marriage, and it was decidedly uncool. But she wasn’t lying to me to try to fool me, she was ashamed of a part of her life and tried to hide it from me. Her eventual truth-telling was just part of her journey, part of her becoming… her.

I was just sort of collateral damage.

I do understand that relationships of all kinds need honesty: business relationships, friendships, and romantic relationships. But even there, there are types of honesty that are really cruelty wearing a mask. We all know the type of thing I’m talking about: that friend who says cruel and hurtful things to people, usually followed up with, “well, I’m just being honest.”

Honestly a jerk, you mean.

Telling the truth is like taking medicine; just because you can doesn’t mean you should, and too much of it at the wrong time can be fatal.

I was thinking about truth and lies because I’ve had to do quite a bit of research for some of these essays, trying to get dates and ages right. I’m sure some of them are messed up, anyway. I don’t remember clearly, and can’t find any documentary evidence to confirm or deny the memories I do have. So I go with them.

Unless you are a public figure, of course, in which case you are just a liar, in the eyes of the many vigilant souls we have out here in who zealously keep watch over such things.

I inherited from my mother a love of all things nonsensical. I had the following exchange with my boss (via office Messenger) at work a couple of days ago:

Him: … he also wants us to go back through and make sure there’s nothing we’re forgetting.

Him: Can you think of anything we haven’t thought about?

Me: No. I feel very comfortable saying, I cannot think of anything I haven’t thought about. Kind of by definition.

Very often, when I say ridiculous things, I meant to say something sensible, but it just kind of morphs mid conversation:

Wife: Did you finish that Audio Course on the Middle Ages?

Me: I must be. I ended up in the feudal position.

Me: It’s like the fetal position, but with more clearly defined hierarchy.

2 thoughts on “The Truth About Lying” 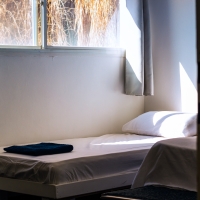 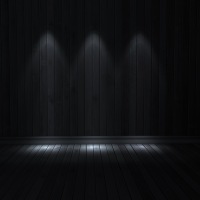 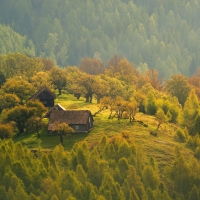