A year of alcohol and sweat,
Of wandering and wondering;
A time of folly and regret:
Exploring, musing, thundering –

A voyage of discovery,
A country without maps:
A time of runaway intent
And imminent

All of us have lives that are of abiding importance to us. Convincing other people how important we are, however, can be an uphill climb.

It’s almost like other people have lives and concerns of their own. Go figure.

Much of the joy of reading blogs (at least for me) is when you see people trying to work out the significance of what they have seen, felt, and experienced.

The world seems an entirely different place when viewed through another set of eyes.

“So, why did you two get divorced, anyway?” I asked him. We were shooting baskets on an outdoor hardtop basketball court around sunset. We were the only two there.

“She had just quit working, and she was spending all the money and lying about it. We had gotten an apartment in Gulf Shores that took both of our incomes to make it, but she had just… stopped.”

“I thought attorneys made good money.”

“They don’t when they aren’t working. She had done house closings in Birmingham, but she never got her practice off the ground in the new place. Nor even tried to.”

“Where was she spending the money?”

“I never figured that out.”

“Maybe. She never seemed to leave home, and we had nothing to show for wherever the money went… Anyways, one day after I came home from work we had it out, and the next day, when I came home, everything was cleaned out of the apartment except my clothes, and the computer desk.”

“Well that sucks. Have you been dating anybody?”

“Yeah, you know me. My usual assortment of questionable choices… that’s five three’s in a row. You are buying later.”

More often than not, I ended up buying.

“So, tell me about these ‘questionable choices’ of yours.”

We were working on a plate of assorted appetizers later that evening. He was drinking Heineken; I was working on a Coke.

“First one I dated, before the divorce was final, was an engineer who had come in to do some work on the restaurant. I got her number, we went out to dinner and a movie, it seemed great. I wasn’t going to push for anything else at the end of the night, you know, first date and all.”

“I didn’t need to push. Whatever there was to do, she was down for it, it turned out. It was a little… disconcerting.”

“For you? I thought you loved that kind of stuff.”

“Yeah, well maybe I’m rusty or I’ve gotten older or more grown up or set in my ways or… I don’t know what. It was kind of a turnoff.”

“Oh, no, I did, we did, that part happened anyway. It was just, I knew when I left I wasn’t going to see her again, and I think her mind was… somewhere in the opposite direction.”

“Did you talk to her again?”

“Oh, yes, when I didn’t call her, she showed up at work. She used the excuse of wanting to inspect the work her guys had done, but she cornered me in my office and wanted to know where I got off thinking I could treat her like that.”

“That I was very sorry, but that I just didn’t think we should see each other anymore.”

“When you got divorced, was dating hard? Did it seem bewildering?”

“Oh, yeah, and I did some really dumb stuff before Janey and I started dating.”

“Oh, went out with a nineteen year-old and dated my therapist’s office assistant, just to name two.”

All of that was close to fifteen years ago. Two years ago, my wife and I went down to Florida for a trip, and had lunch with my friend and his girlfriend of some years, but who we had never met.

We both liked her, immediately. She is a schoolteacher, and the two of them seem to play very well off of each other. She has grown kids: he never had any.

We ate at a restaurant sitting on some docks over the bayou; after lunch, we went out for a walk, and he I were talking as we trailed behind, watching the others chatting animatedly.

“You ever hear from your ex?”

“Nope, he said. “I guess that’s one good thing about not having kids together,” he added. “I did, however, recently hear from another sort-of-ex. Do you remember me telling you years ago about an engineer-woman I had kind of a one-night thing with?”

“No, she’s calmed down a lot since I knew her. Is married, has some kids. She actually wanted a recipe from the old restaurant. It turned out, she had eaten there for years before she came in that day to do some work, and I had never noticed or connected that was her. So she just wanted a recipe.”

“Of course! It’s very flattering when people remember food you made so fondly.”

We looked up, and his girlfriend was pointing out some things across the bayou she particularly wanted Janey to see.

“It’s weird how you can know someone for such a short time, and have a picture in your head of what they are like, and then, years later, find out they are a totally different person than you remember them being,” he said, musing.

“People keep moving,” I said. “Our mind tends to freeze them at the ages we knew them. I saw John yesterday, and I couldn’t get over how old he looked. But then I remembered, I hadn’t seen him since High School.”

“And that was a long frickin’ time ago,” he said, laughing.

Owen "Beleaguered" Servant (a/k/a Sibelius Russell) writes poetry mostly, with an occasional pause to have a seizure. View all posts by Beleaguered Servant

3 thoughts on “Through Another Set of Eyes” 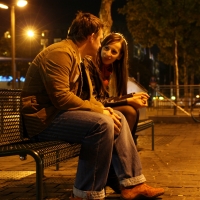 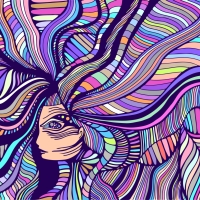 Most Liked on this Blog 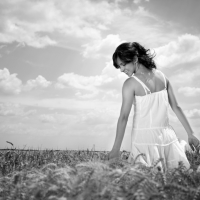 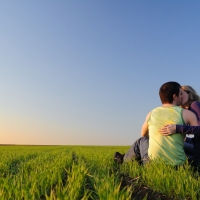 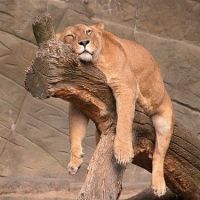 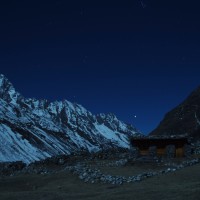